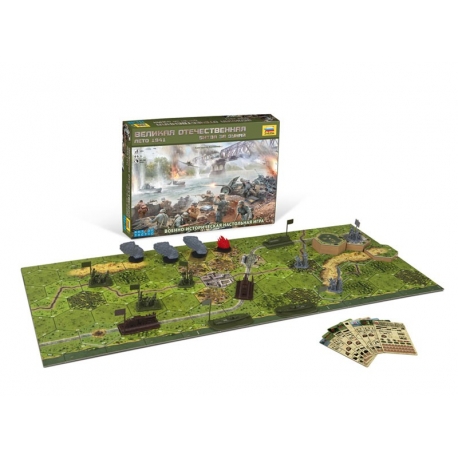 The first expansion set for the game "The Great Patriotic War. Summer of 1941 "-" The Battle of the Danube ". Using it, you can play on the Danube confrontation between the Soviet border guards and Romanian troops. The set includes 11 exclusive units, which will be available only in this set.

Playing fields and additional hexes are fully compatible with the playing field starter kit "Summer 1941". In addition, the rules include the second edition, which describes the new orders, such as the Marines, strong attack, arson, Intelligence and others. In addition, you will find a description of new types of terrain changes and additions of the first edition of the rules.

New, exciting scenarios for different levels of play, from small collisions, which use only the units and maps of the additions to the large-scale battles, where the addition is used in conjunction with a starter kit and additional troops.

10 other products in the same category: