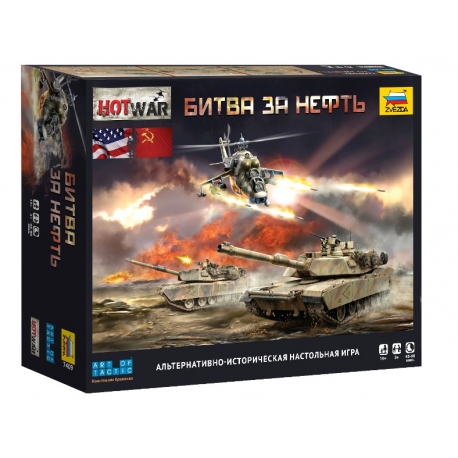 The Cold War just heated up!

Imagine an Earth much like ours, but with no perestroika, no glasnost, no relaxation of tensions between the two great superpowers of the Twentieth Century. The Cold War simmers in every corner of the world. Suddenly—almost without warning—the Arab East erupts into conflict, dragging both nations in. The Hot War has begun!

Experience intense battles in this “what if” game of alternate history that depicts a conflict between the armies of the United States and the Soviet Union in the 1990’s. The game puts YOU in command with its unique simultaneous hidden order system, customizable unit options, and highly-detailed historically-accurate model soldiers and vehicles!

10 other products in the same category: