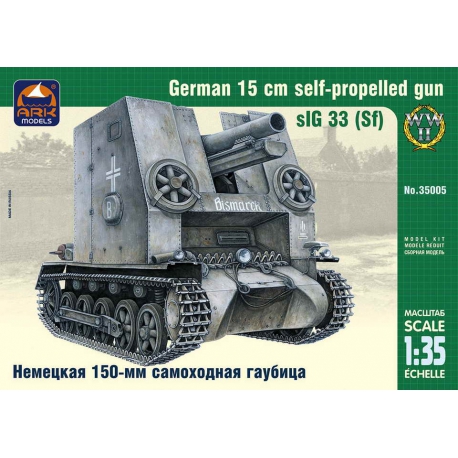 The experience of the Civil War in Spain showed that armor and armament of the Panzer I tank are unsufficient, and, therefore, its production was stopped in 1939. However, the chassis of the Panzer I had been used for the purposes of the self-propelled artillery. In February 1940 first 38 sIG 33 heavy field guns were installed on the chassis of the Pz.Kpfw.I Ausf.B. The tank turret and the upper hull superstructure were removed, and, instead, the armored box-like shield, opened from above and behind, was installed. The sIG 33 gun was mounted on its original wheeled carriage. Six companies of these SPG were engaged in battles in Belgium and France, and, later, all over the European battle theatre until 1943. In spite of the obvious overload of the Panzer I chassis, these SPG proved to be quite reliable. Some of them remained on the front line in Russia until mid-1943. Later on the sIG 33 guns had been installed on the more lifting chassis of the Pz.Kpfw.II & Pz.Kpfw.38(t) tanks.