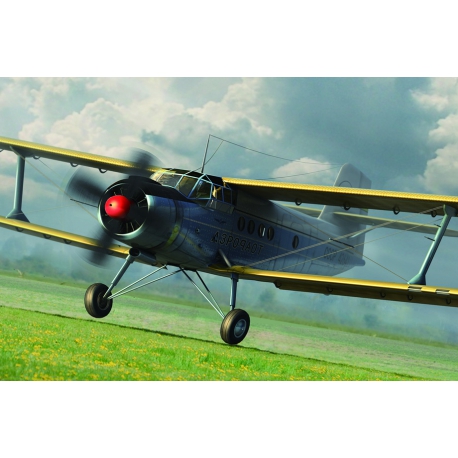 The An-2 Colt has been used as a paratroop transport, glider tug, navigation trainer, utility transport and light bomber.

The An-2 prototype was first flown on August 31, 1947, and the aircraft is still in production, although the Antonov Bureau has not produced any since 1960. The An-2s designer, Oleg Antonov, had been an aircraft designer during the Second World War. Originally designed for the Ministry of Agriculture and Forestry in the former Soviet Union, the aircraft was soon adopted by the Soviet Air Force and built for its client states. It is ideally suited to less developed countries because it requires little maintenance and is easy to fly.

27 other products in the same category: